The Klan! The KKK!

And if we focus on the sanguinary consequences of the two movements [communism and the KKK], the imbalance is even greater. The famous Black Book of Communism, published in 1991, claimed that across the 20th century, Communist regimes had racked up a peacetime total of roughly 100 million human fatalities, and although that latter figure has been widely disputed as a considerable exaggeration, the true number is surely in the many tens of millions, with merely the famine deaths induced by Mao’s disastrous Great Leap Forward of 1959-1961 usually pegged at 35 million or more.

Meanwhile, the victims of the notorious KKK seem rather fewer in number. The Wikipedia entry for the KKK is over twice as long as that for Communism, and hardly seeks to airbrush the misdeeds of that violent organization, but only manages to provide some 15 murder victims, all listed by name, drawn from the combined decades of the 1950s and 1960s, which represented the height of the Klan’s modern power. This apparent gap between 15 deaths and perhaps 70,000,000 or so seems rather wide.

Not only does the KKK total pale in comparison with Stalin and his considerable body-count, but during its two decades of greatest infamy all those hundreds or thousands of armed Klansmen accounted for fewer victims than the number sometimes sent to the Chicago city morgue over "a long holiday weekend these days . . . .[1] 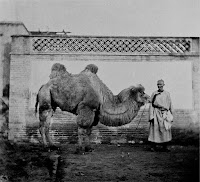 It's the same with "Fascism" and "the Nazis." Those are left-wing phenomena firmly and dishonestly planted on "the far right" forever and irrevocably to obscure the true nature of homicidal leftism. ONLY Nazis are possessed of a terrible viciousness. The horrors of the 20th-century left are simply to be ignored like the queen's inexplicably telling a camel joke at a state funeral.