Those whom the gods would destroy.

Germany shows signs of shifting left, if the article linked to here is correct. Who knows about that but the one thing you CAN be sure of is that the moronic German electorate will not vote for anyone remotely interested in advancing their interests over those of a gazillion Africans and Muslims who are slowly but surely turning the Muttiland into a Viking version of the caliphate. The Vikings came from Germany, didn't they?

Anyway, here's a sample of what made Hans and Hilda swoon:

The surprising swing to the left for Germany's (formerly) centrist and fiscally prudent Grand coalition threatens to trigger a prolonged phase of political uncertainty in Germany, because as Bloomberg notes, "the victory of Walter-Borjans and Esken, who favor taxing the rich, boosting welfare spending and abandoning Germany’s long-standing policy of a balanced budget, will certainly weaken pro-government forces."[1]

So it looks like Germany will soon join the ranks of arithmetic-challenged nations like, oh, the United States. Party like there's no tomorrow, kids. Universal franchise = fiscal stupidity. This is the fiscal version of what sailing ships sometimes encounter, namely, being "in irons" or "stuck." At least with sailboats there's a way to break out of this state; in modern, welfare-state polities there is not. 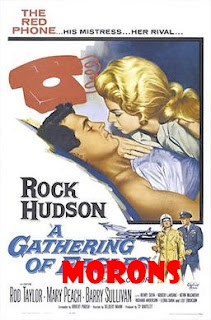 The purpose of this post is to point out that this pie-in-the-sky garbage is straight out of the Cinderella School of Political Economy that will transform German to the state Greece was in before it sold its harbors and the Acropolis to Huawei and the No. 5 People's Liberation Army Savings and Loan and Steam Tractor Factory. Most deliciously of all, should anyone suggest that this stupidity should be abandoned, what cry will echo through the lands but that of "austerity!!"?

Crazy stuff is adored by the leaders and the voters alike. However, taking away the punch bowl at 0600 after a loooong night of partying is, well, being a real killjoy.

Well, what can you expect from a nation whose chief executive says out loud in public that freedom of speech will have to be curtailed in order for Germans to stay free? To strong applause from her peeps in the Bundestag, let it be said.

And that, pilgrims, sad to say, is not a genius stroke of satire on my part. State of the art Western political leadership. Complete swill. Turbocharged betrayal.

I have watched Germany being crushed by Merkel's migrants... women raped, kids beaten up, cars burned, and have wondered how - time and again - she survives elections.

At some point you'd think SURVIVAL INSTINCT would kick in.

Look, I understand "collective guilt" over the Shoah and the perceived Western idiocy over "colonialism" - as though, were the situations reversed, blacks, Asians, New World Residents wouldn't do precisely the same thing. But Germany - and France, etc. - have cultures that are hundreds of years old with many incredible accomplishments. This acceding to being conquered is throwing out all of that.

I think it's more than collective anything over this or that misdeed. The whole experiment in humanism or liberalism or progressivism seems to have cloaked the realities of human nature. All that overwhelming numbers of Westerners see is this unreal image of kindhearted manking at least within striking distance of earthly Shangril now that mean spiritedness and capitalist greed have been vanquished. All that went before was but a formula for misery and oppression. All that needs to be done now is to unleash the human potential of Ubangis and banish artificial everything, not the least of which are borders, arithmetic, genetics, and, now, simple decency.

Pithed is an apt image, though, and more apt than the above I rather suspect. The stupidity of the above thinking is testable by the most cursory of examinations of life with imported primitives or men competing in women's sports, etc., etc. But even Cologne- or Charlie Hebdo- or California-scale outrage don't cause the minutest course correction or hint of an epiphany. Even that German or Austrian doctor whose daugher was murdered couldn't summon a teaspoon of outrage. If you're pithed like Jack Nicholson's character in "One Flew Over the Cuckoo's Nest" it's all good.

Wasn't there one German couple who, after their daughter was raped and murdered, literally fought for the guy who did it to not be deported or anything?

I recall there was a famous case of a German woman who, after her migrant rape, posted on her FB apologizing to the man for the fact that her culture provoked him? Or the Czech girl scout who said "The pain of being raped is less than the pain of being a refugee from your home" or some such.

A little empathy is good. Someone it's gone cancerous.

Please forgive the blatant referring back to my blog, but I just finished part 3 (of 3) of my series attempting to wake my fellow Jews up about their JEWICIDAL YIDIOCY of supporting mass migration. If there's a stronger way to say it, or communicate it better... I don't know what to do.

There were those craven people. I have a pic I downloaded of a white woman literally kneeling before a black man begging for his forgiveness. It doesn't get more weird than that. Well, actually it does, it's just that there's only so much my mind can absorb.

Please feel free to link to anything on your site. That particular issue is important as non-Jews are angry about the open borders nonsense and anyone who is guilty of promoting it will ultimately pay a price. The least of their concerns will be non-Jews asking if it is indeed true that Jews will never be a part of wherever they live.

"In 2001, [Barbara] Roche had told the Guardian that she “entered politics — she still emphasises this today — to combat anti-semitism and xenophobia in general.” In 2003, while urging her party “to promote the benefits of legal migration,” she told the Independent that “My being Jewish informs me totally, informs my politics.”"

Or as a Jewish colleague in D.C. once approvingly quoted a British Jew: "Dress British, but think Yiddish."

The Jewish interest in mass immigration is narrow indeed and those pushing it are making a big mistake to think that the country can absorb large numbers without penalty. Isn't it over a decade ago now where that Jewish man was kidnapped in Paris and hideously tortured? The immigrant proportion then was even smaller than now, which is still small in absolute terms. Fleeing to Israel down the road just isn't without significant disadvantages. Great political power of ultra-conservative Jews might not be all that easy to stomach.

Jews who push for immigration will appear as the scorpion who asked the frog for a lift across the stream. There are others pushing this, as we know. Lutherans, Catholics, Mormons, Baptists. EVERY area of American and Western life is infected with the mania that makes EVERY decision the wrong one. So you can swing a cat in any gathering and not hit some moron with a crazy scheme. The "wax my balls" answer to all earthly problems. Jewish immigration morons have plenty of company.

I look forward to reading all of your links.