Our attitudes towards the American pilots were complicated. During the Second World War, we had been allies against Hitler. Therefore, in Korea, we did not view the Americans as enemies, but only as opponents. Our motto in the air was "Competition - with whomever."

My opinions about the relative abilities of Soviet and American aircraft and pilots were as follows: I thought the American pilots were very good. This opinion was shared by other Soviet pilots including my friends Vladimir Voistinnych and Pete Chourkin. However, the MiG-15 was a very good aircraft. It had only one big problem - the engine would stop abruptly during a sharp turn. As for the American aircraft: the F-80 Shooting Star was not very good, the F-84 Thunderjet was average, but the F-86 Sabre was very good.

Contrast this generous attitude of a member of the Soviet military with the splenetic views of the jihadis. 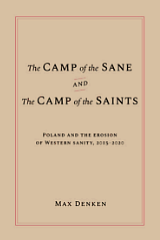