Until we stop allowing people to define “religion” as only those beliefs related to a god or gods, people are going to continue to fail to question the rationality of their beliefs. They will continue to fall for the semantic argument and false dichotomy that as long as some belief isn’t related to a god or gods then it isn’t “religious” and therefore must be “scientific” and rational.

Unfortunately it seems that almost nobody is learning that they can have unscientific and irrational beliefs that are unrelated to gods or supernatural explanations.[1] 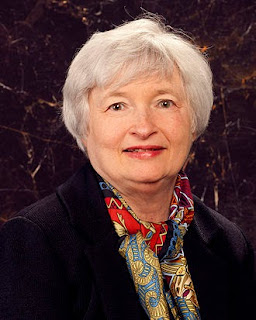 Some may remember that 7-Up at one point was marketed as "the un-cola." Well, then, think of the belief in the perfectibility of man, the amenability of society to the manipulations of Wise Latinas and Moisturized Men, the absolute identity of all races and cultures, the ability of minute amounts of human-generated CO2 to melt carbon steel, and the distilled evil of free markets as a central tenet of the un-religion.

According to the un-religion, only in the lofty precincts of Georgetown society, the MSM, and academe do rationality, decency, fidelity to facts, compassion, and learning reign unhindered by superstition, hypocrisy, greed, lust, envy, ancient class oppression, fanaticism, rank ignorance, the unseemly lust for political power, and hick laws.

The un-religion is not to be confused with Methodism, Calvinism, Judaism, Christian Science, Trinitarianism, Rastifarianism, the worship of Baal, Mormonism, Islam, Catholicism, Scientology, witch doctorism, or voodoo. That is some serious idiocy.

No, wait. Can we get back to you on Islam, witch doctorism, and voodoo? Our debt to Islamic scholars is enormous and you just have to appreciate people who keep it simple, real, and authentic. Apart from that, that is some serious idiocy.

Notes
[1] Comment by Nimrod on "The Alternative Reality of Sweden." By Baron Bodissey, Gates of Vienna 3/18/15.